The company’s drivers are Powder-Trans’ representatives to the wider world. As a driver, a great deal of professionalism and knowledge is required. 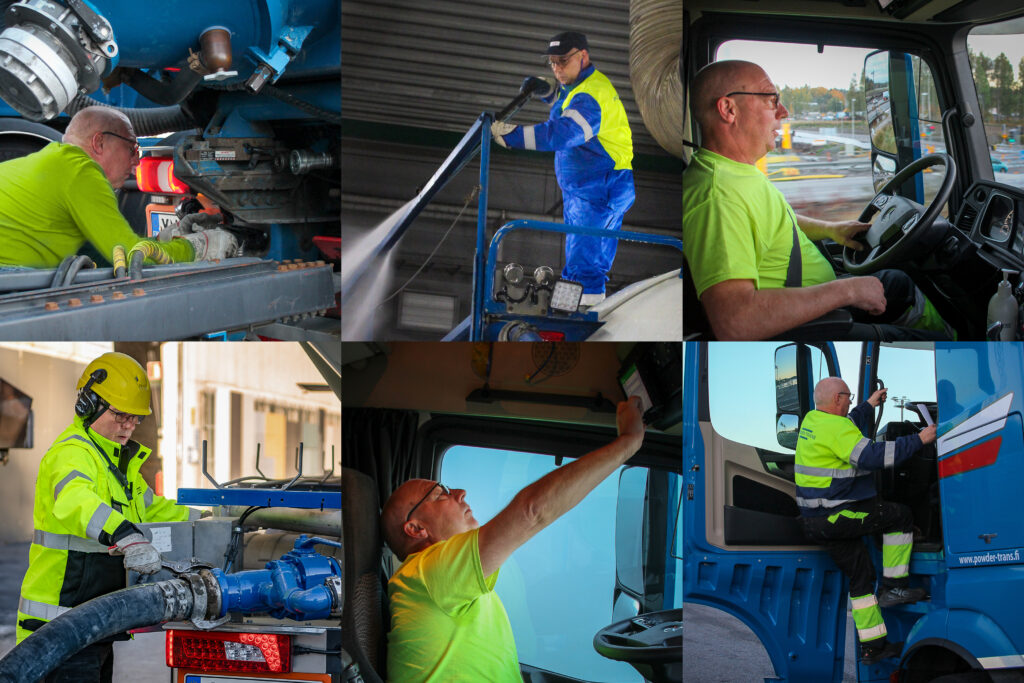 The company’s drivers are Powder-Trans’ representatives to the wider world. As a driver, a great deal of professionalism and knowledge is required.

Collectively, Powder-Trans drivers drive hundreds of loads and tens of thousands of kilometres daily on Nordic, Baltic and northern European roads. But the driving itself is ultimately only a small part of the work. In order for the loads to arrive safely, at the right time, with consistent quality and as environmentally friendly as possible, a lot is required. 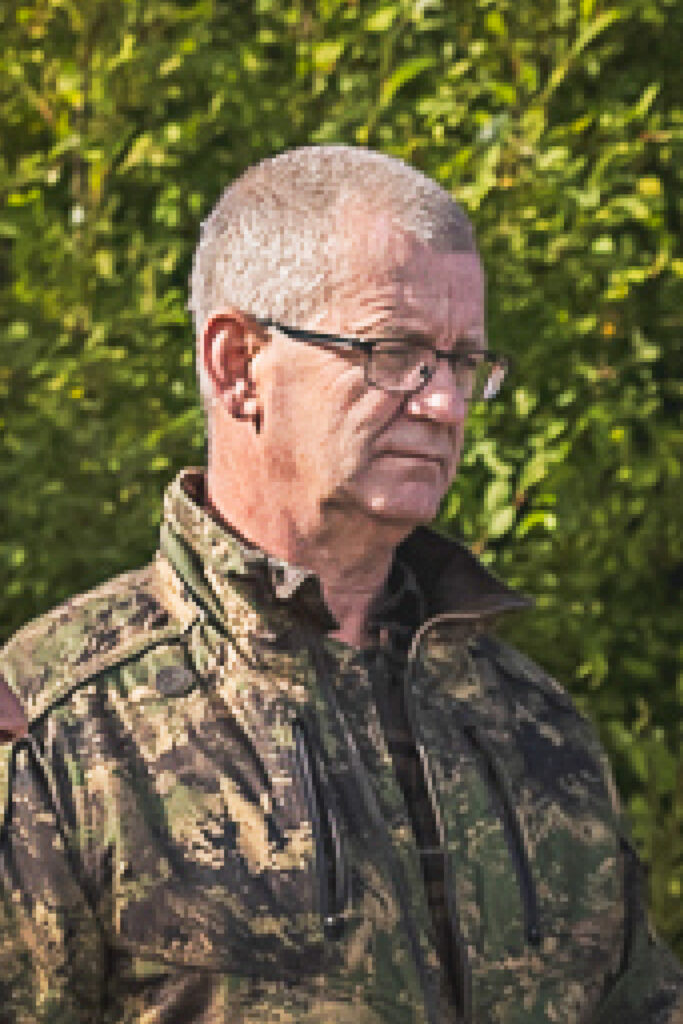 For Juha Vuorinen, driving is natural.

“Driving is actually just a fraction of the responsibilities. To load correctly, to wash the tanks, to consider the environment and ensure that everything is done safely while taking schedules into account requires a lot,” points out Christian Blomqvist, operations director at Powder-Trans.

Therefore, Powder-Trans also places high demands on its drivers, and as a result the company has knowledgeable employees. New drivers are attracted by an interesting industry, while many experienced ones have stayed for decades.

“It is interesting and varied work. I have worked in the bulk industry for 32 years, so clearly I enjoy it,” says driver Juha Vuorinen.

Vuorinen has worked for almost 20 years as a bulk truck driver at Powder-Trans. His colleague Johan Backlund has a similar background. Like Vuorinen, he has driven trucks and heavy vehicle combinations all his life. He has worked at Powder-Trans for over 21 years.

“When you have been in the industry for a long time, you know the working methods, but there is always something new to learn,” says Backlund.

It is early morning when Johan Backlund starts from the terminal in Lieto with a transport to Sweden. Before starting, he inspects the tires and lubricates the propeller shaft. The night before, he had connected the trailer as well as the electric and hydraulic hoses and washed the entire equipage in the washing hall a stone’s throw from the terminal.

“One day you can be in Sweden, the next in Norway. Of course, the variety is attractive. Many places are familiar, but even though I have been working at this for so long, I still always discover new places.”

According to Backlund, the profession is very much a lifestyle.

“If you have been working in this job for a while, it is not possible to stop. In large part it is about freedom. You plan most things yourself, but of course you are also responsible for a lot. You do not have to wait for loading and unloading for several hours at a terminal. It is completely different from ordinary freight traffic.”

For both Johan Backlund and Juha Vuorinen, employment in the transport industry has always been a matter of course.

“Actually, I am a trained chef, but then I fell into the transport industry. As a young man, I dreamed about driving big vehicles and a life on the road,” says Backlund.

“It is an interesting industry. It all starts from an interest in driving trucks,” concurs Vuorinen.

A typical day for Vuorinen starts early in the morning, sometimes around five. During the day there are usually a couple of loadings and unloadings.

“There are long days from time to time, but I do not see it as particularly heavy work.”

Vuorinen thrives in every way both behind the wheel and at Powder-Trans.

“I look positively to the future. Sure, there are challenges, but I’m really happy.”

Backlund and Vuorinen are two of the more than 120 drivers who today belong to Powder-Trans’s own employees. In addition, the company employs a large number of drivers via contract carriers.

“They are our outward face to customers and on the roads. They are very important parts of the transport chain and handle the work with great competence. I really lift my hat off to our drivers,” says Director of Operations Christian Blomqvist.

The fact that many drivers also know their vehicles well, and can even make small repairs, is another plus. The industry has many challenges, but at Powder-Trans the outlook is positive. When asked about challenges, the drivers mention traffic culture.

“That’s the first thing I think of. It used to be worse in Sweden, but now it has gotten worse in Finland as well,” says Johan Backlund as Juha Vuorinen nods in agreement.

“Sometimes it’s really challenging, just like driving on slippery roads during the winter.”

Other trials are, for example, ferry timetables and cramped loading and unloading facilities. But the two drivers also agree that challenges are there to be solved.

“I always try to develop and improve. That’s how it should be,” says Backlund. 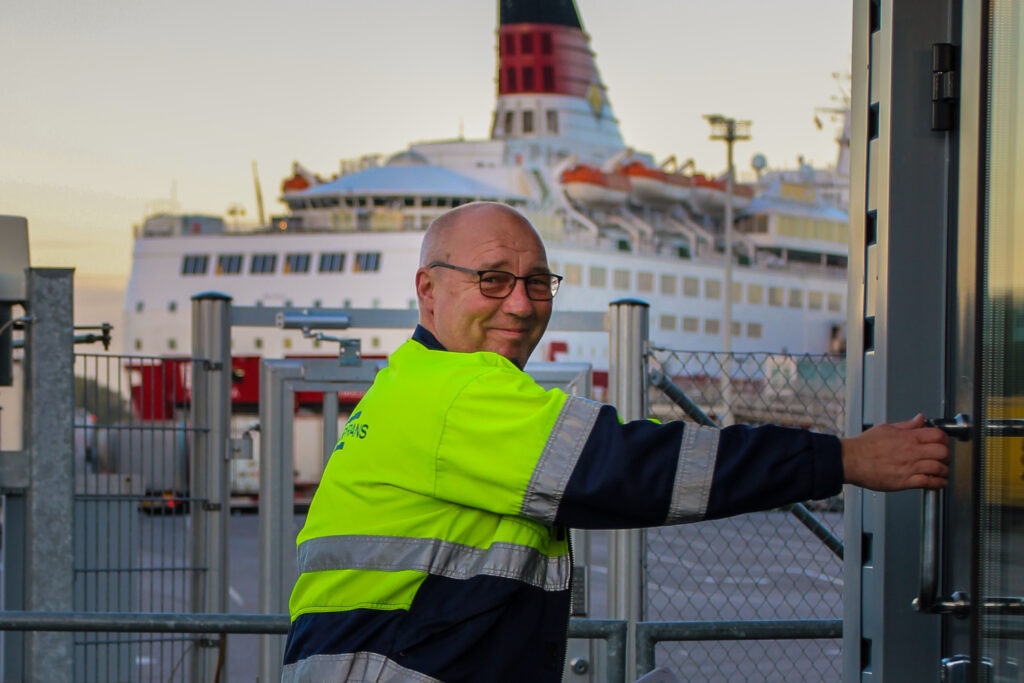 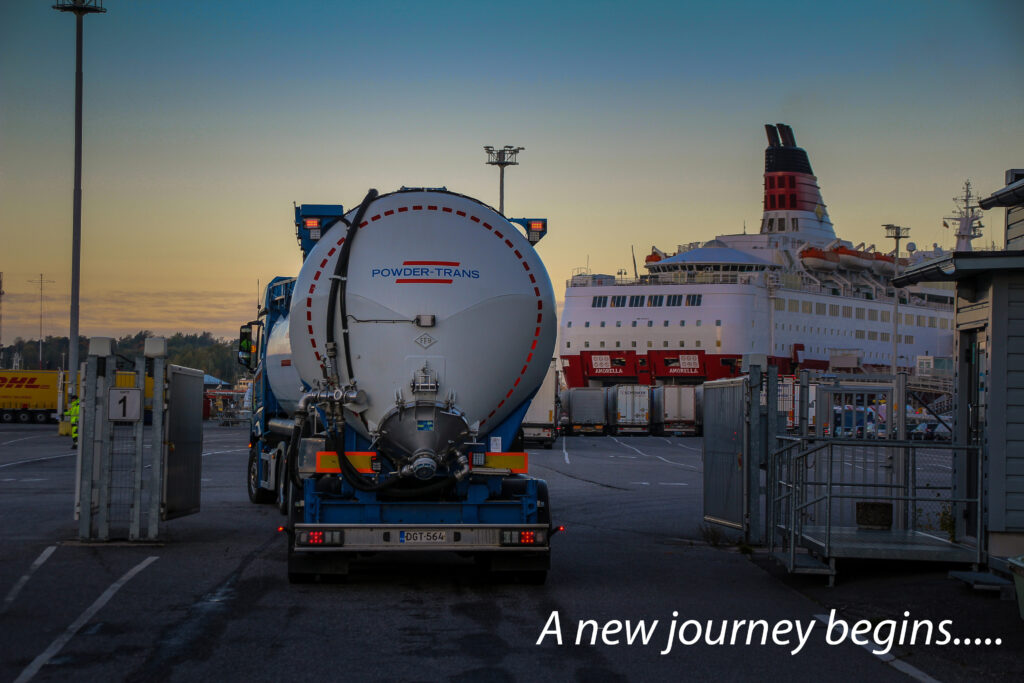